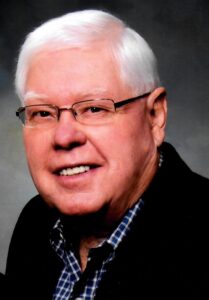 A private family burial will be held at the Silverton Cemetery. Memorial services will be held at a later date at St. Andrew’s Episcopal Church, Amarillo. Arrangements are by Boxwell Brothers Funeral Directors, Amarillo.

Pat was a Rancher, Farmer, Implement Business, Banker, Realtor, and Retail Businessman. He served as the Past Director of North State Bank in Amarillo, TX, First National Bank in Tulia, TX, and First State Bank in Silverton, TX. Pat also served and was the officer of Swisher Electric Cooperative, South West Cattle Raisers, State Board of Agriculture Soil Conservation Service, Red Cross in Amarillo, TX, and the Silverton School Board. He was a team leader for five young businessmen to Switzerland for five weeks through the Rotary International of Dalhart, TX and was a guest host leader of the Belgium Rotary team of seven in the Panhandle of Texas. Pat served on the XIT Board of Directors in Dalhart, TX.

With Anne, Pat was a world traveler of the United States, Canada, South America, and many trips to Europe.

In lieu of flowers, the family requests that memorials be sent to the St. Andrew’s Breakfast Team- Memorial fund of Pat Northcutt and Timothy Smith, 1601 S. Georgia St., Amarillo, Texas 79102.