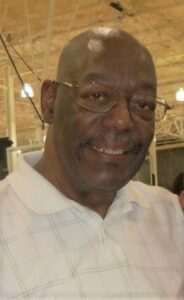 Samuel Trent Jackson, 73, of Austin, TX died on Saturday, November 2, 2019 surrounded by his children and family at Dell Seton Medical Center at The University of Texas.

Sam was born in Amarillo, TX on November 1, 1946 to S.T. and Nancy Jackson. He attended Amarillo public schools and graduated from Carver Senior High School in 1964 as Valedictorian of his class. He was the starting corner-back for the 1963 – 64 Carver Dragon’s football team.  Sam went on to attend Amarillo College and West Texas State University, where he received his bachelor’s degree and became a member of the Kappa Alpha Psi fraternity. After obtaining his undergraduate degree, he pursued a career in law, receiving a Doctor of Jurisprudence from Texas Tech University School of Law in 1978, where he was also included in their prestigious law review.

After law school, Sam worked as a legal aid attorney for West Texas Legal Services in Amarillo, and after two years he was recognized as the youngest attorney to head the Legal Aid Regional Headquarters. Sam moved to Austin, TX in 1988, where he continued to pursue his love of law and began a new career in Texas government, working as Chief of Litigation for the Texas Child Support Division and Presiding Administrative Law Judge for the Texas Office of the Attorney General. After working in Texas government for several years, Sam went into private practice engaging in family law, administrative law, appellate law and probate. Sam was always a champion of civil rights and found that the practice of law offered him exceptional opportunities to enrich the lives of the powerless and disenfranchised. He was instrumental in changing legal statutes in the areas of family law and child support. Samuel Trent Jackson will be remembered as a man of intelligence and insight.

He was preceded in death by his mother, Nancy Jackson and his brother Ed Daniel Jackson.