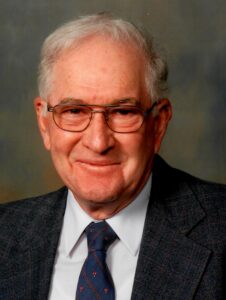 Roy was born on July 19, 1930 in Shawnee, Oklahoma to Leo and Josephine Phillips.

Roy proudly served his country for 18 months in the Korean War. After returning from the war, Roy came to Amarillo, where he met the love of his life, Freddie Covington. They were married on March 4, 1954. They celebrated 57 years together before Freddie’s sudden death on April 14, 2011.

Roy was a member of the Carpenters Local 665 for over 45 years. He worked on many prominent buildings in Amarillo. Roy took pride in knowing he built each of he and Freddie’s three homes. One of his many enjoyments was building birdhouses and growing beautiful vegetable gardens. He would share with family and friends.

Roy was a devout Christian, husband, father and grandfather. He was a member of Fairlane Church of Christ for many years.

In lieu of flowers donations can be made to BSA Hospice of the Southwest.