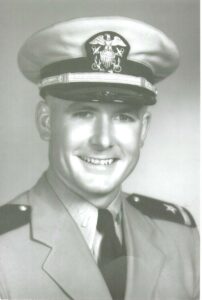 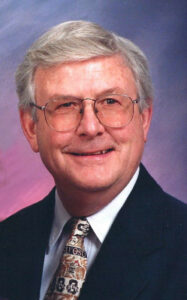 Robert Irwin Hibbs, Sr., 87, of Amarillo, TX has gone to be with his Lord and Savior Jesus Christ. Bob passed from this life to the next on the morning of October 11, 2019, after an acute illness. He was born September 17, 1932, in Amarillo. He was preceded in death by his beloved wife Beverly Bain Hibbs, parents Karl W. and Auda Hibbs, brothers Karl Lewis Hibbs and Jerry L Hibbs, brother-in-law Roy Foster Conner, and nephew Todd Hibbs.

Services will be at 10:00 A.M., Wednesday, October 16, 2019, at Bell Avenue Baptist Church. Burial will be at Llano Cemetery. Arrangements are by Boxwell Brothers Funeral Directors, Amarillo.

He had fought Parkinson’s disease for over 15 years. The disease had taken away much of his mobility but never any of his spirit. Bob was always positive, never complained, and had gentleness about him. He was kind to everyone. He made friends easily, and he kept them well. Bob was faithful to his Lord Jesus Christ. He served as a deacon, and often chairman of the deacons, at Bell Ave Baptist Church in Amarillo for many years. He was also a Gideon, for many years distributing Bibles with Gideons international. Bob had a great sense of humor, and an easy smile. He enjoyed fishing trips to Canada with his brother-in-law Mike and family.

He graduated from Amarillo High School in 1951 and from Oklahoma State University in 1956 with a degree in chemical engineering. He was very proud of his Oklahoma State Cowboys.

Dad served in the United States Navy from 1956 to 1958. Bob went home and met the love of his life, his dear Beverly. They shared over 57 years together. They attended Bell Avenue Baptist Church regularly. Bob sang in the choir, taught Sunday School, visited regularly, and actively participated in local church governance. Bob and Beverly enjoyed playing Bridge and other games, many years of square dancing, and working the daily crossword puzzles together. They greatly enjoyed monthly dinners with the Gang.

Bob worked in sales of chemicals and industrial instrumentation and retired twice. Above all, he was a great father to his children.

Bob is survived by his three children and four grandchildren: Tracey Wynne’ Hibbs of Little Elm, Texas; Robert Irwin Hibbs, Jr., his wife Gail and their 3 boys, Luke, Adam, and John, of Antelope, California; and Douglas Bain Hibbs and his wife Krista, and their daughter Helen, of Rockwall, Texas.