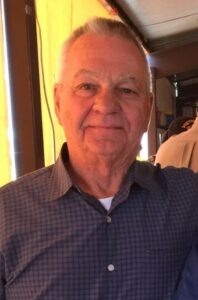 Robert was born on October 25, 1943 in Idabel, OK to Melvin and Nellie Foster. He served in Vietnam for 8 months and was in the United States Army. He married Freda Mae Foster on May 23, 1964. Robert was the owner of Tascosa Service Center, was an avid drag racer, and was a member of the Baptist Church.

He is preceded in death by his wife, Freda Mae Foster.

He is survived by his daughters, Pamela Blackwood, and Sheila Foster; sons, Franklin Foster and wife Tamara, and Bobby Foster and his wife Brenda; grandchildren, Sara, Ashley, Kimberely, Corey, Amber, Braxton, and Brayton; and six great-grandchildren.