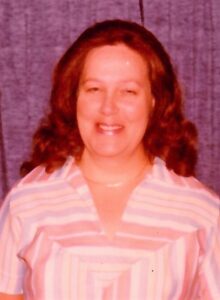 A private gathering will be held at a later date.

Olivia was born on January 21, 1936, in Dothan, AL to Joseph and Luvene Fennell. In 1949, she married John Robert Baker, and together they raised six children. She then went on to finish school and received her LVN license. She worked as a nurse for 50 years. In 2005, she retired giving her plenty of time to enjoy reading and being a grandma.