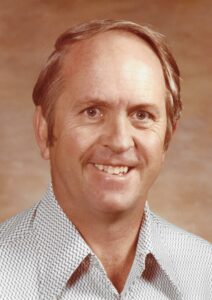 Monnie was born on November 23, 1935 in Shamrock, Texas to Elmo Lawson Phillips and Callie Rebecca Phillips.  He graduated from Panhandle High School and earned his Bachelors degree and Masters from West Texas State University.  He served in the U.S. Navy.  Monnie had taught in Pringle and in the Dumas Jr. High School for over thirty-five years.  He loved to play softball and coach when he was younger.  He also enjoyed playing golf and hit a hole in one at North Plains Country Club.  He was a member of the First Baptist Church.

He was preceded in death by his parents; a daughter, Callie Rebecca Phillips; two brothers, Elmo Phillips Jr. and Ed Phillips; and a sister, Wanda Kiser.