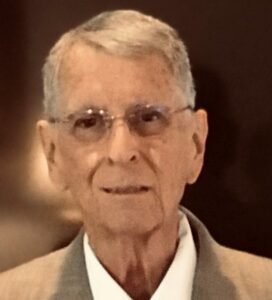 Mike was born April 4, 1943.  His parents were John Leonard Baxley and Marie Bogan.  Mike was born in Nashville, AR.  He married Paula Baker in December of 1967.  They lived the majority of their beginning life in Texarkana, TX, moving to Amarillo, TX. in 1984.  They moved to Amarillo when they both started to work for Pantex.  Mike continued working for Pantex for 32 years, retiring 3 years ago.

Mike is survived by his wife Paula, his son Todd and son-in-law, Sam, as well as his sister Sharron.

In lieu of flowers, the family has asked for donations to Lost Pets of Amarillo, where donations can be taken to First Bank of the Southwest or on their website lostpetsofamarillo.org, or to your choice of animal charity.