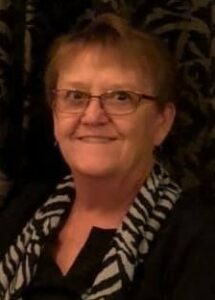 Funeral Services for Lea Ann Fulton will be held at 10:00 A.M., Thursday, October 17, 2019, at Boxwell Brothers Ivy Chapel, 2800 Paramount Blvd., with Dr. G.A. Roach officiating.  Interment will be at Fairmount Cemetery in Hollis, Oklahoma, at 3:00 P.M. under the direction of Boxwell Brothers Funeral Directors, Amarillo.

Lea Ann was born September 4, 1952, in Hollis, Oklahoma, to Robert Leon and Rosa Maxine (Hollis) Fulton. She was active in band during her junior high and high school years and was a twirler for three years.  Lea Ann was President of FHA her junior and senior years and was an officer for the class of 1970, from which she graduated at Hollis High School.  Lea Ann then graduated from SWOSU in Weatherford, Oklahoma, in 1974 with a teaching degree in Home Economics.  She moved to Amarillo after graduation where she went to work for AAA Travel.  Lea Ann loved her job, having worked for the company her entire adult life. Forty-five years of dedicated service took her on many journeys through life. During her early years at AAA Travel, Lea Ann took many groups all over the world in her role as travel guide. She achieved many awards for outstanding work and moved up to Branch Manager in the Amarillo office. For several years, she taught part-time at West Texas State.  Not only was she dedicated to her job, but Lea Ann was devoted to her family and community. She was a volunteer at numerous charities and was always willing to lend a hand.  She was a longtime member of the Soroptimist Club and Rotary Club and could always be counted on to do her part. She had served as president of Soroptimist Club and served as president of the South-Central Region for Soroptimist International. Casa (Court Appointed Special Advocate) and Points of Life were organizations that were special to Lea Ann and where she had served as a past president.

Lea Ann’s co-workers were so special to her. They were an extension of her family and a proud part of her life. She loved showing them off when her own family came to visit.

The best part of Lea Ann’s life was her role as “Auntie Lea.” Her great-nieces and nephews always looked forward to her visits. She had a Soroptimist meeting last week and made sure to fit in the time for an “Auntie Lea” visit.  What a precious last gift…she gave those kids her time!

Lea Ann is survived by one brother, Rodney Fulton and wife Karlene, of McKinney, TX; a cousin (who is like a sister), Linda Moore and husband Jim, of Hollis, OK; her niece, Shannon Kardokus and husband Merl, of Oklahoma City; two nephews, Ryan Fulton and wife Kate, of Plano, TX, and Robert Fulton and wife Jamae, of Newcastle, OK; great-nieces and great-nephews, Eliza, Claire, Annie, and Mack Fulton, Carson, Cooper, and Creed Kardokus, and Finley and Daelyn Fulton; and  additional family members, Jamalyn and Steve Szynal and their daughters Madelyn and Averi, and Justin and Kelli Moore and their daughters Lexi and Lydi, Jason, Tammi, and Nixa Blevins, Lise, Tim, and Hayden Inman, and MiShell Garver.

Lea Ann was preceded in death by her parents, Bob and Maxine Fulton, one brother, David Fulton, a cousin, Barbara Berry, and her partner of over 30 years, Jim Trapp, who passed away April 30, 2019.