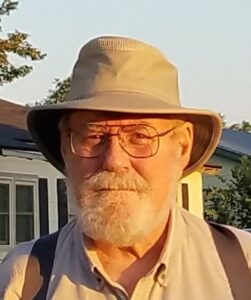 Graveside services will be held at 2:00 P.M. on Thursday, October 17, 2019 at Dreamland Cemetery in Canyon, Texas with Dr. Roger Hubbard officiating.  Military rites will be by Volleys for Veterans.  Arrangements are by Boxwell Brothers Funeral Directors, 2800 Paramount Blvd.

James was born on May 29, 1947 in Monahans, Texas to Ashbon Tolar “A.T.” and Rena Mae Reese.  He was raised in Canyon where he attended school.  He served in the U.S. Army as a crew chief with the 119th helicopter assault during Vietnam.  He earned his bachelors degree in nursing from West Texas State University and had worked as an ICU nurse for many years.  He was a member of the Amarillo Rifle and Pistol Club.

He was preceded in death by his first wife, Sarah Elizabeth “Betsy”McKeehan Reese; and his parents, Rena Mae and A.T. Reese.