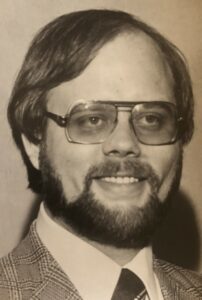 On Tuesday, October 15, 2019, James C. Jarrett, loving husband and father of two children, passed away at the age of 68.

Service will be held at 1:30 p.m., Friday, October 18, 2019, at San Jacinto Assembly of God Church, 400 North Georgia Street. Burial will be at Alanreed Cemetery in Alanreed, Texas. Arrangements are by Boxwell Brothers Funeral Directors, Amarillo.

James was born on October 27th, 1950, in Dalhart, Texas to Dorothy and James W. Jarrett.  James married Delora Willis on July 10th, 1970. They raised two children, a son, Jimmy, and a daughter, Karesha.

In 1970, the family moved to Odessa where he was the manager of the warehouse for State Chemical.  In 1973 he went to work for the Moore County News-Press and became the advertising and circulation manager until 1981 when he began work with Equitable Life Insurance. At Equitable, he became a member of the Million Dollar Round Table in his first year.  He served as Moore County Commissioner Precinct 1 from 1981 to 1984. From 1987-1988 he ran the Spearman paper and won several awards during his tenure there.   In 1989 he went to a work for Pacesetter and in 1996 he went to work for Windows USA.  He won many trips and awards from both companies.  James always gave everything his all.

James was very involved in Pee Wee football, Little League Baseball, Powderpuff football, the Moore County CB club, and was a member of the Dumas Noon Lions Club.  He once rode a donkey down Dumas Avenue to raise money for Muscular Dystrophy. He attained his pilot’s license in 1981 and loved to fly.  He also attained his SECC license in 1985. He had a passion for reading and writing and wrote several books in his lifetime. He was most proud of the work he did with J.B. Funk on Moore County, Memories that Count, which captures the people and events that helped create the Moore County we know today. He loved to read even more than he loved to write.  One of his favorite authors was Stephen R. Donaldson and his favorite series was The Chronicles of Thomas Covenant the Unbeliever. He loved trivia and would regularly astound family and friends with his endless knowledge of trivia tidbits. James loved to play chess, and regularly played the master level on his computerized chess board.

James was preceded in death by his father, James Warren; his mother, Dorothy Mae; and his brother Lanny Lynn.

He is survived by his wife, Delora; his son,  Jimmy of Austin, TX; his daughter and son-in-law, Karesha and Dan Pigmon of Rowlett, TX;  his grandson,  Jacen Pigmon; his granddaughter,  Elianna Pigmon;  a step-grandson, Zach Pigmon of Denton, TX; a step-granddaughter, Ally Pigmon of Denton, TX; his sisters, Shawyna Jarrett of Mexico, and Michelle Jarrett of Canyon, TX; his aunt, Cecelia Duckworth of Canyon, Texas; and several cousins, nieces, and nephews.

In lieu of flowers, donations may be sent to the American Lung Association.