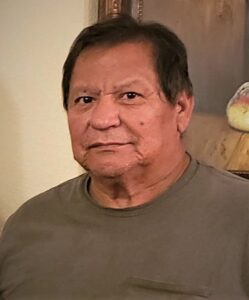 Gilbert was born on October 4, 1956 in Floydada, Texas. He grew up in Hereford, Texas where he played football and became a loyal Hereford Whiteface fan. He also followed Whiteface Volleyball and Softball.

Gilbert worked most of his life as a Manager for Village Texaco, formally located at 34th Ave & Georgia, and provided services for Uhaul. He enjoyed working with his employees and loved helping his customers.

Gilbert was the greatest Father we could ever ask for; he was always there for us for anything at any time. Gilbert’s greatest pride and joy were his children and grandchildren. He was very proud of his children’s accomplishments. Gilbert’s grandchildren kept him busy with their sporting activities. He loved watching it all from Football and Hockey to Cheer and Ballet. Gilbert also had a love-hate relationship for the Dallas Cowboys, and he enjoyed giving those die-hard fans a hard time.  Gilbert truly valued family time by going out to eat on weekends, traveling, and gathering at Palo Duro Canyon for picnics and hiking. If Gilbert could find a way to push your buttons, he would do so just simply out of love.  Gilbert cherished his time with his mother and brothers.  He had a love for music, and he shared his favorite music and artists with his grandchildren.  Gilbert had also adopted two of our mischievous dogs that he adored and spoiled. Favorite snacks included popcorn with a Dr Pepper, fireballs, butter scotch and pecans.