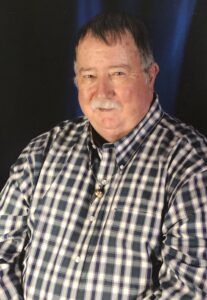 George was born on April 24, 1942 in Sweetwater, TX to John Sherman Stewart and Ora Leota Stewart. He grew up in Sweetwater and graduated from Newman High School in 1960. In May of 1965, he received his B.A. from Abilene Christian College. In August of 1967, he received his M.A. from Abilene Christian University. In December of 1978, he received his M.L.S. from the University of North Texas. He majored in Speech, Theater Arts, Oral Interpretation, and Library Sciences. His minors were English, Bible, and Education.

On August 16, 1970, he married Louella Bains in Shreveport, LA. They lived and taught in Natchitoches, LA, Denton, TX, and Clarendon, TX before moving to Amarillo in 1979. He was the secondary school librarian from 1985-1995. On November 22, 1985, their only child, Elora Dawn Stewart, was born. After that, he went to work for Amarillo Christian Schools for a year. He taught 6th-grade and 8th-grade speech and drama at Holy Cross Catholic Academy from the fall of 2000 until 2003. George had a passion for teaching, reading, and theater arts.

He loved doing operas with the Amarillo Opera. He loved putting on plays at Central Church of Christ, where they had been members since July of 1979. George and Louella were both active in the children’s music and drama ministry.

His life was centered on his Lord and Savior Jesus Christ- after that his love and family. His wife, daughter, and two grandchildren, Dakota Lee Thomas Swenk and Cheyenne Marie Fields were the joys of his life. He was truly a man of faith, a wonderful husband, father, cousin, and friend. He will be deeply missed by all who knew him and his memory will live on in so many hearts.

Memorial services will be held at a later date. Hopefully at the end of the summer.

One Reply to “George Earl Stewart”