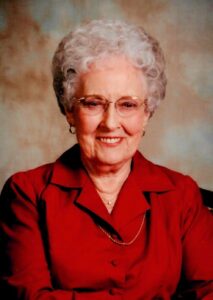 Family burial will be private at the Lane Memorial Cemetery in Sunray, TX. Memorial services will be at a later date. Arrangements are by Boxwell Brothers Funeral Directors, Amarillo.

Elva was born in Sherman County on February 13, 1921, to Arthur and Ruby Cartrite.