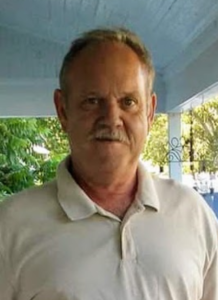 Our dad, Doug Steward was born May 13, 1959 in Dumas Texas to Charles Steward and Juanita West. He graduated from Caprock in 1978. He then went onto Amarillo College to get his associates degree in auto mechanics and started his career as a master automotive technician where he worked at Firestone and AutoNation.

Doug had a love for Harleys and Chevy’s, he was very gifted with his hands which lead to his passion for auto mechanics, gardening, leather making. He played the guitar, he was very crafty and imaginative, he even was the best handyman and could fix anything.

He was a great provider, husband, father, grandfather, friend, co-worker and Christian. He was very intelligent, witty and had a bit of a sarcastic side. His faith for the Lord shinned bright through him and that energy people loved and gravitated towards. He was so full of life love and happiness. He touched everyone lives in a special way. He will be deeply missed by all.

Proceeded in death by his father, Charles Steward; and mother, Juanita West.